The team at our Silverlink Centre have been very generous by donating a range of toys to a local non-profit organisation, Hebburn Helps.

Hebburn Helps is a community voluntary organisation who aim to help people and families in the community in need and are struggling during times of crisis. This Christmas, Hebburn Helps have ran The Big Christmas Toy Appeal, an appeal to collect and personally deliver presents to children and families, which the organisation have helped over the past year.

The team at our Silverlink Centre were discussing the non-profit organisation one lunchtime last week and thought it would be a nice idea to buy presents for children who may not receive anything. From this discussion, employees brought in a range of toy gifts before Kayleigh, Branch Accountant, and Nick, Sales Manager, delivered them to Hebburn Helps, who were very grateful with our donation!

With the colder weather set to hit the UK in the next few weeks weâve gathered some of our top tips for your car this winter!

How to get top dollar for your part exchangeâ¦

Finding the right car thatâs suitable for you is an exciting experience but deciding how to pay for your new car can be a challenge as there are various options to choose from, some of which not everyone fully understands. Below we will explain the most popular forms of payment options, to help you decide which one is right for you.

As of 20th May 2018, the MOT test has undergone some of the most significant changes of its near 60-year history. Some of the changes include new defect categories, stricter rules for Diesel car emissions and some cars over 40-year-old will be exempt from the MOT test. The main changes which you need to know about are explained below.

The Driver and Vehicle Standards Agency (DVSA) have confirmed that from today (Monday 4th December), changes to the driving test are now in effect.

With the cold winter days fast approaching and the dark nights now here, driving can be a daunting experience. Whether youâre driving to work, the shops or travelling to a relativeâs home for Christmas ensuring your car is in full working condition is essential. Sometimes though, we forget some of the rules of the road during the colder months;...

Last weekend (Sunday 10th September) some of our fitness fanatic staff completed the Great North Run, which is the largest half marathon in the UK with over 57,000 runners participating each year! Do you want to find out how our team got on? Read their inspiring stories belowâ¦

Take a look at our top picks for new cars as we get ready for the September 67 plate change!

A Guide To Child Seat Laws

Check out our handy guide on the new child seat laws and everything you need to know about choosing the correct seat for your child.

A Look Into The Future Of Driving Safety And Technology

Take a look at the latest technology to reduce phone use behind the wheel.

Richard Hardie Welcomes The Abarth 695 XSR Yamaha To The Range

Drivers Urged to Slow Down After New Speeding Fines are Introduced

We take a look at the new speeding fines and what it could mean if you get caught.

Looking for something extra special to do this Valentineâs Day? How about a road trip? The UK has some wonderful places, especially around the North East. Here we share with you those places and how to make your Valentineâs Day that little more special.

Top Tips On De-Icing Your Car

Don't get stressed out trying to de-ice your car, follow our top tips!

Richard Hardie Raise over Â£378 for Save the Children

On Friday 16th December 2016 our Richard Hardie Centres in Ashington, Durham, Newcastle, Silverlink and Sunderland, flaunted their Christmas Jumpers to raise money for Save the Children. We had a great day playing various fundraising games and in all we raised Â£379.72 between our five Centres in the North East!

Here are our top winter driving tips to get you and your car through the next few months.

Our top tips on how to prepare for your European driving holiday.

Some of the team at our Durham branch are embarking on a gruelling two day challenge later this month to support and raise money for excellent charities close to their hearts. The team are doing the Coast 2 Coast starting at Whitehaven on the 26th August and finishing the challenge at Sunderland on the 28th August 2016.

Family-owned Richard Hardie has chosen to invest heavily in its Wearside centre, in order to increase customer offerings and create more job opportunities in the area.

The end of this month will see the 44th anniversary since Fiat and Abarth merged.

Keeping Yourself Cool Over Summer (and your car!)

With the hottest day of the year sneaking up on the UK, Richard Hardie have put together some tips to help you and your car stay cool this summer.

Chris Moody celebrates 25 Years with the company on 1st July 2016. Chris originally started as an YTS apprentice for 2 years at the Chester le Street branch and then became employed on the 1st July 1991. Since then Chris has had many promotions from then and became Group Parts Manager in 2001.

Is Your Car Ready For Summer?

Our cars take a bit of a beating over the cooler months. Follow our tips to ensure your car is ready for long summer drives!

Last week we raised Â£127 between our Sunderland and Durham dealerships for Text Santa!

Recently a new special edition of the Abarth 595 has been launched to celebrate the brand becoming the official sponsorship and car supplier of the Movistar Yamaha MotoGP team.

Abarth have recently launched a special 595 Trofeo Limited Edition for enthusiasts looking for a fun drive in an exclusive model.

Could the Fiat 500X be set for an Abarth makeover?

After a while of speculating, Abarthâs next focus could be on a high performing Abarth 500X 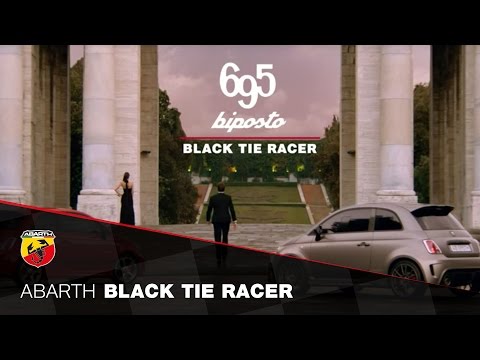 With the new Abarth 124 Spider not expecting to be released for another year or more...

After months of speculation, plans for an Abarth 124 Spider have been confirmed!

Our guide to the important checks involved in an MOT. 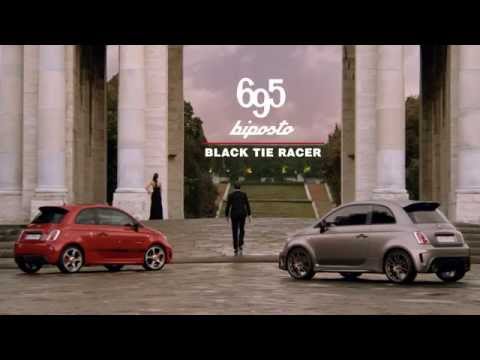 Youâll have read reviews of the Fiat 500 Abarth before, of course. But anyone considering buying the performance supermini might like to know what itâs like to actually drive one.

The iconic Fiat 500X was launched to a great fanfair in Turin last autumn, with its sophisticated technology and driving capability. It was the first crossover in the 500 family and came in two handy editions: City and Off-Road. 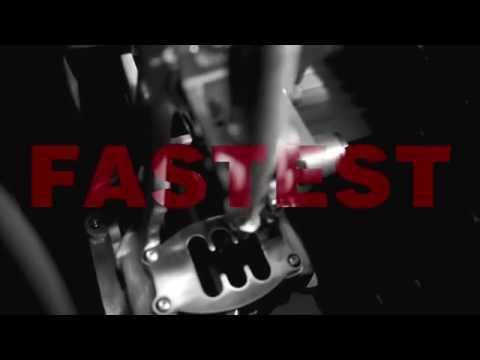 The Abarth Biposto is the quickest Abarth to date and it has been described as the world's smallest supercar...

Update the power of your Abarth Competizione, read our updated reviews.

Get ready for summer with a brand new Abarth Cabrio!

The History of the Abarth 500

Today the Abarth brand is synonymous with impressive motoring engineering and design excellence.

Following itâs road debut and starring role as the âOfficial Carâ of the Gumball 3000 Rally and appearance at the prestigious Goodwood Festival of Speed the Abarth 695 biposto will attend the Salon PrivÃ© event at Syon House on the 3rd to 5th September 2014.

Save Money With Superb 64-Plate Deals on Fiat & Abarth

The new autumn 2014 registration plate change arrives on 1st September, and drivers can benefit from great bargains on the latest Fiat models at Richard Hardie.

He can afford any car on this earth but forget a Lamborghini, the only Italian motor Clint Eastwood wants is a Fiat. The 83-year-old mega star arrived on set in Venice, California, in the Fiat 500 Hatchback.

To further improve the quality and presentation of our used cars weâve recently established a dedicated photography area within our centralised used car preparation area.

Fiat have launched a special edition Abarth 595 to celebrate the carâs 50th anniversary. The original Abarth was unveiled at the Turin Motor Show in 1963, which propelled the original Fiat 500 into hot hatch territory.